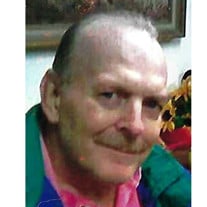 Wayne Allan Hague, age 77, of Erlanger, KY, passed away on April 7, 2022 after 3 years at the Baptist Village Care Center in Erlanger, KY. Wayne Allan was a 16-year Cincinnati Fireman and a Viet Nam military veteran who served with honors and awards in teaching The Big Red One Infantry Division solders how to maintenance the large vehicles they drove on to battlefields. His life passion was in racing cars through maintenance and driving. He owned his own Corvette Shop and was the 1978 President of the Cinti Corvette Club. As a youth, he was an active member of the Cleves, OH Gravelrama and Jeep Club. This later led to membership in the Cleves Kiwanis and Ft. Thomas Optimist Club. Obviously, he was a NASCAR fan. His founding company, Ambulance Maintenance, had to be sold when his health declined from his Viet Nam experience with Agent Orange. At death he wanted his legacy to be: “I have fought the good Fight, I have finished the Race, I have kept the Faith” from 2 Timothy Bible Verse 4:7. He is survived by his son Alexander Wayne Hague of Brooklyn, NY; his sister Jo Ann Sue Hague Abel (Richard) of Crescent Springs, KY; Niece Jennifer Abel Clemons of Park Hills, KY; Nephew R. Patrick Abel of Crescent Springs, KY; Cousins Jim and Justin Clemons of Park Hills, KY; Stepsister Karen Lentz Mueller and Half Brother Chris Hague of Cleves, OH; Stepbrother Rick Lentz (Karen) of Colorado; Cousin Pat Medlock (Rudy) of Wilmore, KY; Cousins Larry Steinmann, Darrin Steinmann (Kim) and Mary Lu Steinmann Sisson (Jack) of Cleves, OH. Wayne Allan Hague was preceded in death by his parents Annette and Wayne Lee Hague, Stepmother Irene Lentz Hague, Aunt Evelyn Hague Steinmann (Vernon); and his Grandparents Mabel and Harry Hague who lived all their lives on Zion Road in Cleves, OH. Family and friends are invited to attend a celebration of life on MAY 13, 2022 at the Zion United Methodist Church, 4980 Zion Road, Cleves, OH. 45002. The church Memorial will be held at 10 a.m. followed by military honors at the nearby Zion Rd. Cemetery. Memorials are suggested to the above-mentioned church. Dennis George Funeral Home in Cleves, OH is serving the family.

Wayne Allan Hague, age 77, of Erlanger, KY, passed away on April 7, 2022 after 3 years at the Baptist Village Care Center in Erlanger, KY. Wayne Allan was a 16-year Cincinnati Fireman and a Viet Nam military veteran who served with honors and... View Obituary & Service Information

The family of Wayne Allan Hague created this Life Tributes page to make it easy to share your memories.

Send flowers to the Hague family.