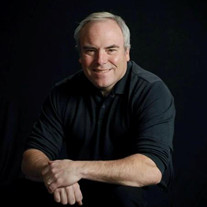 Dr. Andrew Jay Mandery, 60 years of age, passed on Tuesday, February 8, 2022 at St. Vincent Hospital in Indianapolis, Indiana. Andrew was born on February 17, 1961 in Hamilton, OH at Fort Hamilton Hospital to the late Shirley Ann Mandery. Andrew has been a miracle baby since birth. After his mother passed, he was raised by his grandparents, James and Marcella Benson, as their own son with the help of Eugene and Carole Ziegler. He grew up alongside his uncles and aunts as brothers and sisters. He was the alleged “golden child” and could do no wrong in the eyes of Marcella, getting his sister, Marci Horner, into trouble often. Andrew received a Bachelor’s of Science in Zoology and Master’s of Science in Parasitology at Miami University in Oxford, OH and he received his Doctorate of Medicine from Indiana University School of Medicine in 1989. His medical training and practice brought him to The Medical College of Ohio, Plastic Surgery Center of Indiana, IU Methodist in Indianapolis, Howard Community Hospital in Kokomo, and St. Vincent Hospital in Indianapolis. Andrew received numerous accolades and recognition in the medical field including being double-boarded in both Plastic and General Surgery, Co-chair of Plastic Surgery at IU Health Methodist Hospital, Chair of Surgery and Chief of Staff at Community Howard Regional Health, and a Fellow of the American College of Surgeons. Andrew met the love of his life, Theresa Shepard, in 1979 while he was a freshman at Miami University. They were married on August 7, 1982 at the College of Mount St. Joseph University Chapel. They had two sons, Walter (AJ) Mandery and Matthew Mandery, and one daughter, Kaitlin Mandery, whom he now joins in heaven. Not only was Andrew a skilled surgeon but he loved his Lionel Train collection, rebuilt a 1967 Jeep CJ-5, loved and doted on his dogs (a passion he passed to his son Matt), was an avid pheasant and quail hunter (which he shared with his son AJ), and loved exploring the word through travel. Andrew loved coaching and supporting his boys in their sports. He loved sharing his passions with his family including his three grandchildren. Andrew was known to often spoil both his boys and grandchildren (who he absolutely adored) and get them anything they would ask for including video game systems and, most recently, a hoverboard. His coworkers and colleagues knew him well by his quick-witted sense of humor and his taste in good music. Andrew is survived by his wife, Theresa Mandery; his sons, Walter “AJ” (Ashley) Mandery, and Matthew Mandery; grandsons, Callum Andrew Jeffrey (AJ), Rory Patrick, and Garrett Dean Mandery; grandpuppies, Luke and Leia Mandery; aunt/sister, Marci (Harry) Horner; sister, Dawn Otto; uncles/brothers, Doug (Patti) Benson, and James Benson; siblings/cousins, Roxie (Donnie) Ziegler-Lunsford, Rodney “Gene” (Molly) Ziegler, and Robert Kraus; along with many nieces, nephews, and cousins. Andrew was preceded in death by his daughter Kaitlin Mandery; his mother, Shirley Ann Mandery; his father, Frank Lowell Otto; his grandparents James and Marcella Benson; his brother/uncle Eugene and sister Carole Ziegler; his sister/aunt Marian (Phil) Kraus; and brother/uncle, John (Ann) Benson; his loving father-in-law and mother-in-law, Walter and Roberta Shepard; and many loved four legged companions. Funeral services will be on Friday, February 18th, 2022 at Dennis George Funeral Home 44 S. Miami Ave. Cleves, OH 45002 with the visitation from 10:00am until 12:00pm. Service will be at 12:00pm with Pastor Allen Schoonover officiating. Burial will be at Glen Haven Cemetery in Harrison, OH. A Celebration of Life for Dr. Andrew Jay Mandery will be held on Saturday, February 19th, 2022 at Bethel Lutheran Church 20650 Cumberland Rd, Noblesville, IN 46062 starting at noon. In lieu of flowers, donations can be made to Bethel Lutheran Church of Noblesville, Indiana to carry on the work of our Lord Jesus Christ.

The family of Dr. Andrew Jay Mandery created this Life Tributes page to make it easy to share your memories.

Send flowers to the Mandery family.